Family Separation Has Scarred These Kids For Life

End of an era – KuenselOnline 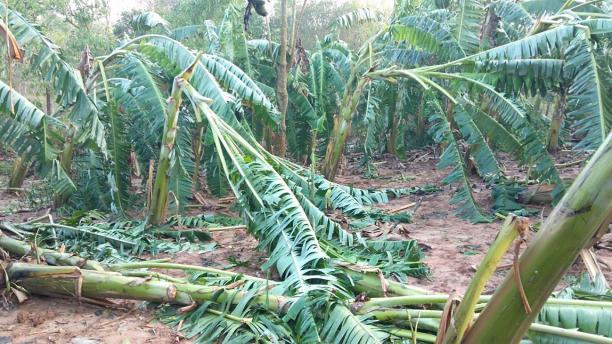 Mohammad Moniruzzaman of Boga village said Tuesday’s hailstorm has damaged about 2,000 banana plants on his seven bigha orchard. “I cultivated Sobri variety of banana after taking loan from a local bank and was expecting a good yield this season, Moniruzzaman said, adding that the recent hailstorm has damaged all his banana plants. Alam Miah of the village said banana plants of his five bigha orchard were completely damaged in the recent storm. Locals said about 1,800 banana plants of Abdul Malek of Sangrampur village, and a huge number of banana plants, owned by Nayon Khan of Kamarchala village, were also damaged in the storm.  Not only banana plants, but paddy and vegetables, belonging to many other farmers in the area, were damaged in the storm, Sangrampur Union Parishad Chairman Abdur Rahim said. Ghatail Upazila Agriculture Officer Abdul Matin Biswas said alongside bananas, cucumber farmers have also faced a huge loss due to the storm. He, however, said standing Boro paddy on vast tracts of land has not faced that much damage, adding that they were visiting the affected areas to estimate the loss. Meanwhile, standing Boro paddy, banana, cucumber and lemon on vast tracts of land in adjacent Madhupur upazila were completely damaged due to the hailstorm. Abdul Kuddus of Uttar Laofula village in Madhupur, also owner of one of the largest lemon orchards in the area, said he cultivated lemon on eight bighas of land this year, spending Tk 2 lakh and was expecting to sell those at Tk 5 lakh. “Now it will be very tough for me to make profit and repay the loans that I took from a local bank and a wholesaler in advance,” Kuddus said. Madhupur Upazila Agriculture Officer Mahmud Hasan said cucumber fields were affected mostly by the storm.